François is 21 and lives in a small country that has just been annexed by Nazi Germany. His father, a collaborator of the fascist regime, has forced him to attend the German university. But François has committed a first act of disobedience: he has left this place which professes racial hatred. Now he is faced with a Cornelian dilemma: become a “forced recruit” and leave for the Russian front to fight the Allies or become a “Refractory” and hide down a mine for months on end without seeing the sunlight, in the cold and damp, with the Liberation as his only hope.

“Choosing between the plague and cholera”

A tale of resistance and hiding during WWII in the mines of the Franco-Luxembourg border region. The French-language film is the directorial debut of Luxembourg producer Nicolas Steil

An adaptation of novelist Albert Cohen’s Belle du seigneur is currently in front of the cameras in the Grand Duchy of Luxembourg. The directorial debut of Glenio Bondi has had a long road to...

Lavishly praised by critics and carried by an outstanding performance from Catherine Deneuve, François Ozon’s Potiche, which was unveiled in competition at this year’s Venice Mostra (see review),...

Shooting starts next Tuesday in Nord-Pas-de-Calais on the fourth feature by Martin Provost, whose latest work, Séraphine, won three Cesars in 2009, including Best Film. For his French/Belgian...

After Belgium's announcement of The Misfortunates as its contender for the Best Foreign Language Film Oscar, the other two Benelux countries, the Netherlands and Luxembourg, have also weighed in... 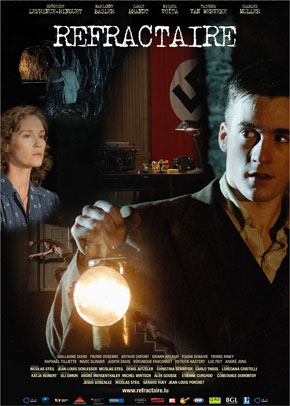