A celebrated conductor of the Bolshoi Orchestra in Moscow loses his post during the Soviet regime when he refuses to fire his Jewish musicians. Twenty-five years later, the man is working as a custodian in the same theatre and helps his wife organise mock demonstrations of communist nostalgia. One day he intercepts an invitation for the Theatre du Chatelet in Paris and decides it is time to bluff his way to a comeback. He agrees to do the concert meant for the official orchestra and rounds up his old orchestra buddies as well as a few hilarious new entries.

more about: The Concert

The bizarre and moving adventures of a Russian orchestra striving to relive a past cancelled by the Soviet regime. A co-production between France, Romania, Belgium and Italy

“Humour is the ultimate weapon against dictators”

Polina: The career path of a ballet prodigy

Shoot about to kick off for La vache by Mohamed Hamidi

I’ll Bury You, a duel at the bottom of the well 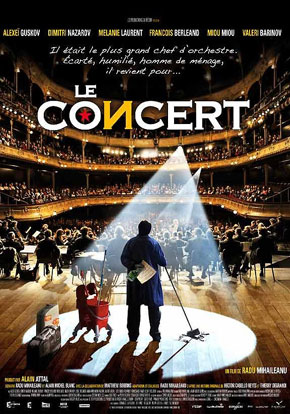