Louis was abandoned by his mother when he was only a few weeks old. Now aged 16, and despite the reluctance of his adoptive parents, Louis wants to know where he comes from. He thus sets off for the south. After spying on his mother in the flower shop where she works, he introduces himself as her son. Overwhelmed by this sudden return, Solange denies this fact. She violently rejects this truth: it’s too painful to delve into her past which resurfaces. But Louis refuses to give up...

more about: In Your Arms

In an exceptional change of schedule, Pathé Distribution is postponing until Friday the release of Mona Achache’s French/Italian co-production Le Hérisson (“The Hedgehog”, see news) on 310... 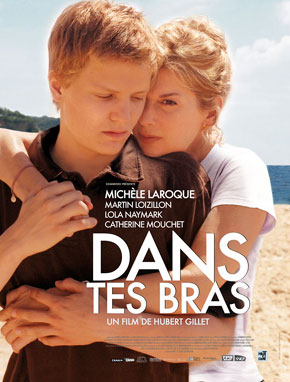