Sergio Segio went by the name Commander Sirio of the armed Communist organization Prima Linea and in 1983 received a 30-year sentence for the 1979 murder of judge Emilio Alessandrini. On January 3, 1982, Segio attacked the Rovigo jail to free his companion Susanna Ronconi and three other female political prisoners.

more about: The Front Line

Terrorism as we’ve never seen it before on the big screen. A film co-produced by the Dardenne brothers, who were fascinated by the screenplay that revives the great tradition of Italian cinema

"A couple that views reality through ideology"

A few days ahead of the theatrical release of The Front Line, Cineuropa interviewed the film’s director in Rome, as well as screenwriter Sandro Petraglia

"Grand school of Italian cinema that tells a chapter of history"

Interview with the Dardenne brothers, co-producers of The Front Line with Lucky Red’s Andrea Occhipinti

Serena Sostegni will be editorial director, in partnership with Tommaso Arrighi and supervised by Mattia Guerra. Projects currently under development include the second film by Gabriele Mainetti

The Prix EURIMAGES will be presented during the European Film Awards Ceremony in Berlin on Saturday, 12 December 2015

10 August marks the start of filming in Bolzano for the Roman director and producer; his film tells three stories set in different places through one common element: coffee

SND counting on success with The Informant

Based on a true story and adapted from a novel written by Marc Fiévet, who is sent by the French Customs department to infiltrate the drug traffickers in Gibraltar, then left to his fate by the...

Son of Babylon triumphs at Seville 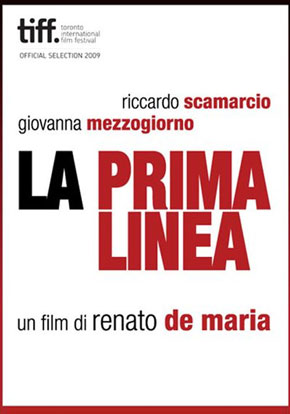