Paul Giamatti is an actor who becomes so impassioned with the characters and roles that he plays that he has trouble disassociating himself from the character after the scene is done. As a result his mind and spirit are a tangled mass of emotions that he seems to have trouble separating from his own feelings. As he struggles to play Uncle Vanya he reads an article in the New Yorker regarding "Soul Storage", which in fact is a procedural clinic that physically removes one's soul from their body. While hesitant at first to go through with such a procedure, being unsure how it would affect the life around him, Paul decides to go ahead...

The Times BFI 53rd London Film Festival (LFF) will present a dedicated awards ceremony on October 28 at which two new awards will be presented – the Best Film Award and Best British Newcomer – in...

Two years after the first instalment, the Catalonian town of Sitges lived through another night of horror thanks to [REC]2, which yesterday opened the 42nd Catalonia International Fantasy Film... 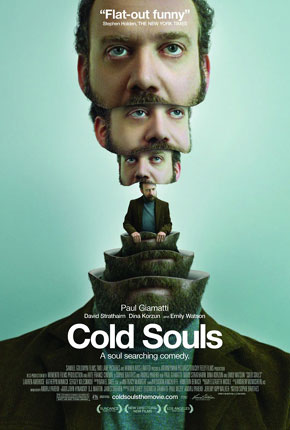