Kosmos is a thief and a miracle-worker. He appears one morning in a tiny, snowbound border village where he is welcomed with open arms – on account of arriving just in time to resuscitate a small boy who would otherwise have drowned. Neptün, the boy’s sister, and Yahya, his father, are all too willing to take the stranger under their wing. But Kosmos values his independence too much. He often gives a wide berth to the tea house where they have decided to put him up, and flatly refuses to take on any work there. Weird things begin to occur: ever since the stranger arrived, the number of thefts increases, the meantime Kosmos brings about more miracles: he manages to heal a teacher’s migraine, and a patient’s asthma and soon anyone with a complaint is in hot pursuit of Kosmos. But the mood turns soon sour for the stranger.

One of Turkey’s most versatile directors, Reha Erdem, returns after My Only Sunshine with an even more demanding but also more engaging and impressive story, Kosmos, about a hobo, thief and shaman...

The Turkish writer-director has kicked off the shoot for her first feature, a dark fairy tale set in a snowy town in the north-eastern corner of Turkey

For years now, literature and film have freed noir from the stockades of “genre,” and placed it into the hands of great authors and directors. Proof of which can be found in audiences’ growing... 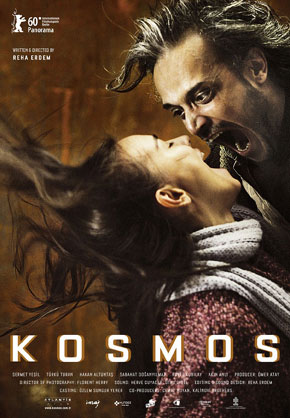