During World War II, Kurt Gerstein is a scientific officer working for the SS on disinfection and water purification projects. When he discovers that a compound he has developed is to be used for mass gassing of Jews in concentration camps he is appalled and resolves to tell the world of the unfolding horror. His attempts to alert the Catholic Church fall on deaf ears until he meets a young Jesuit priest, Riccard Fontana. The two men make repeated attempts to bring news of the systematic slaughter of Jewish families to the outside world. Both are driven by the conviction that once the public hear of this atrocity, the Nazis will put an end to it. However, it soon becomes clear that they are powerless to change things. Neither the American ambassador nor the Pope is able to speak out against the unseen massacre. Meanwhile, every day, tens of thousands of Jews are stripped naked and herded into the gas chambers...

Review: Adults in the Room

VENICE 2019: Costa-Gavras directs a political, ironic and edifying film about the unsuccessful attempts by Greece to influence the European troika during the debt crisis of 2015

Bif&st 2015: at "Cinema Master Classes" with the experts

From Alan Parker to Nanni Moretti including Annaud, Costa-Gavras, Scola, Wajda, Reitz and von Trotta, who will present the Italian premiere of her latest movie, The Misplaced World

Taking a scathing look at the world of international finance, Costa Gavras’s eighteenth feature, Capital, starts shooting next Wednesday. After Amen (2002), The Axe (2005) and Eden is West (2009),...

Kassovitz and Byrne to star in Costa Gavras’s Le Capital

Filmmaker Costa Gavras and Mathieu Kassovitz are set to re-team after enjoying success with Amen in 2002. Kassovitz will play the lead role in Le Capital, which is adapted from Stéphane Osmont’s... 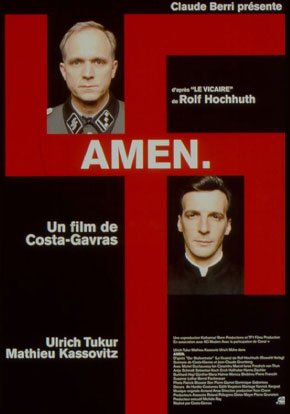