Berlin, 1940. Ferdinand Marian is an actor, one of the best of his generation. Marian is married to a beautiful Jewish woman whom he deeply loves. One day, he's offered the starring role in the new Nazi Film Department's anti-Semitic production, an adaptation of the novel Jew Süss. The part would make him a star. Marian turns it down but finally gives in to Propaganda Minister Joseph Goebbels' unrelenting pressure and even worse, his charm. The actor unwittingly plays into the Nazis' plans and his attempt to give the film's Jewish protagonist a human touch makes the film the most successful propaganda film ever made... A heart-wrenching story about the seductiveness - and price - of evil.

BERLIN 2017: Belgian director Sam Garbarski greets Berlin with a well-made yet respectful comedy about the Jews left behind in Germany after the concentration camps

Austrian cinema, which is experiencing a boom, finally has its own national awards, the equivalent of France’s Cesars and Germany’s Lolas. The Austrian Film Academy has announced the nominees in...

This week’s line-up includes some interesting and diverse European releases. First up is German/Austrian co-production Jew Suss: Rise and Fall by Oskar Roehler (The Elementary Particles), which...

German Films has received nine possible contenders to be the country’s representative in the Oscar nomination race. Independent Artists Filmproduktion has put forward Feo Aladag’s superb When We...

German cinema in all its glory at Ludwigshafen

The Ludwigshafen German Film Festival kicks off today and runs through June 27. Set up in 2005, the event refutes the idea that there is one German film industry, but celebrates individual visions...

French sellers have 10 titles in competition

More titles for the Competition announced 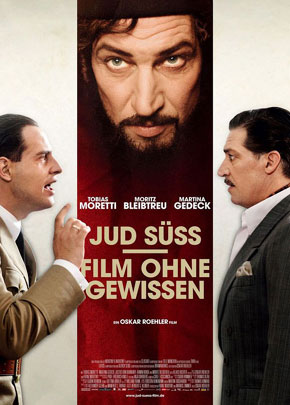