THE KILLER INSIDE ME

Lou Ford,a corrupt sheriff, is an apparently friendly deputy who is liked by almost everybody. He even gets on well with the crooks in his small town – which leads them to think he’s a bit soft in the head. But behind the veneer of the well-meaning, ordinary guy, lurks an unpredictable officer. Lou has plenty of problems – with women and with law enforcement – ever since the alarming increase in the number of murder victims in his small district. But, somewhere along the line, it’s inevitable that the finger of suspicion is pointed at Lou himself. And, somewhere along the line, it’s inevitable that the man reveals who he really is. A sadist. A psychopath. And a brutal murderer. Based on Jim Thompson' novel.

more about: The Killer Inside Me

French sellers have 10 titles in competition

Wild Bunch pulls out all the stops at EFM

More titles for the Competition announced 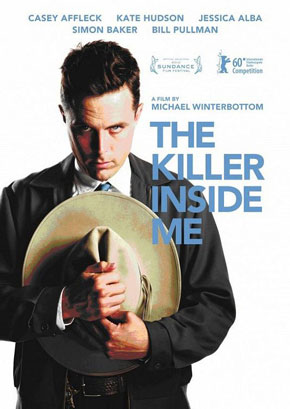 Review: Stories from the Sea

Review: I Am Zlatan

We talked to the Belgian filmmaker, who delivers with his feature debut a marked wink to the American family-friendly cinema of the 1980s