Trojan is a professional criminal who specializes in armed robbery. Released from prison, he picks up from where he left off before he was arrested. But now he has to begin again almost from scratch. Numerous obstacles get in the way of his pressing need for independence. He is almost broke and most of his old contacts prove to be less than reliable.

more about: In the Shadows

The other side of gangster film In the Shadows

Thomas Arslan’s In the Shadows is a subtle heist caper which relies on a dramatic atmosphere much more than on dynamic action scenes. Trojan (Misel Maticevic) has just gotten out of jail and...

The Whole Shebang leads a whole gang of German (co-) productions (including four in competition), with an emphasis on the Berlin School, to which a special sidebar is dedicated

Budapest’s Titanic International Film Festival saw its budget drop by over 30% just two weeks away from the opening of its 18th edition, when the Hungarian State suddenly cut the funding it had...

Record audiences at 9th Festival of German Films in Moscow

German Films and the Goethe Institut Russia broke audience records for the 9th Festival of German Films in Moscow (December 2-7), with over 6,000 admissions. Seven of the eight feature films...

Today marks the opening of the Austrian capital’s major annual film festival, the Viennale (October 21-November 3). It will present 84 narrative features, 60 documentaries, 54 shorts and a...

This week’s major release is the first German 3D animated film, Animals United, produced and distributed by Constantin in Germany and Austria. This light-entertainment film with environmental...

The 15th German Film Festival, which ran from September 29-October 5 in Paris, closed with the presentation of the Audience Award to Ralph Huettner’s road movie Vincent Wants To Sea (Vincent Will...

At the Arlequin cinema tomorrow, Pia Marais’s At Ellen’s Age will open the 15th Paris German Film Festival, which will run until October 5. The line-up includes avant-premiere screenings of... 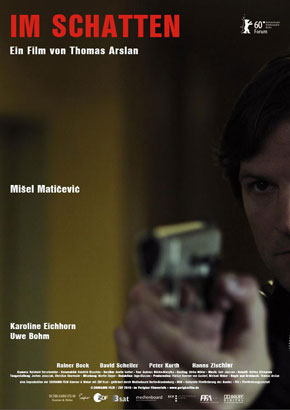