France in 1563. Protestants and Catholics are fighting for land and power, invoking their religion as justification. At the head of the Protestants stands Henri of Navarre, leading his men against Paris, against the Catholics, and against his mother's powerful rival: Catherine de Medici, Queen of France. Until she offers him the hand of her daughter, Margot, as a sign of reconciliation... but the wedding ends in a terrible bloodbath. Henri survives the St. Bartholomew's Day Massacre. Afterwards he is kept prisoner in the Louvre, until he escapes after four long years. During the rest of his life he changes his religion five times, fighting and resorting to any tactics he can – because he refuses to clear the way for people who have no conscience and no humanity. And on his way to the throne he becomes a monarch who can genuinely claim to be one of the first true humanists.

more about: Henry of Navarre

After the famous epic film trilogy Heimat, the great filmmaker of the German everyday and the land, Die andere Heimat

Last month, Hermine Huntgeburth (Effi Briest) wrapped shooting on Tom Sawyer, after 50 days of lensing in Romania and in Germany – mainly at MMC Studios in Cologne, which are very busy at the...

German Films has received nine possible contenders to be the country’s representative in the Oscar nomination race. Independent Artists Filmproduktion has put forward Feo Aladag’s superb When We...

On June 29, shooting started in Bamberg on the big-screen adaptation of Tommy Jaud’s best-selling novel Resturlaub (upon its publication in 2005, it sold over 750,000 copies in German-speaking...

Baier works on The End Is My Beginning

After his big European co-production Henry of Navarre, presented in avant-premiere in the Special Screenings section at the latest Berlinale and released on German screens on March 4, Jo Baier is...

Alexei Popogrebsky’s How I Ended this Summer, screening in official competition at the 60th Berlinale next Wednesday, is leading the Bavaria Film International (BFI) slate at the European Film...

Great names of today and yesteryear

Twenty-two films, including 12 in world avant-première, have been selected for the Berlinale Special section at the 60th Berlin Film Festival (February 11-21, 2010). This section, composed of... 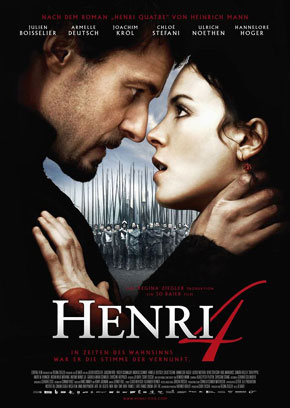