After losing their family home in Algeria, three brothers and their mother are scattered across the globe. Messaoud joins the French army fighting in Indochina; Abdelkader becomes a leader of the Algerian independence movement in France and Saïd moves to Paris to make his fortune in the shady clubs and boxing halls of Pigalle. Gradually, their interconnecting destinies reunite them in the French capital, where freedom is a battle to be fought and won.

more about: Outside the Law

On the warpath in Outside the Law

Preceded by a controversy exploited by politicians and fuelled by the complicated relations between France and its former colony Algeria, Rachid Bouchareb’s Outside the Law was unveiled today in...

The French star will play the lead in Rachid Bouchareb’s film. A feature film currently in post-production, which is being produced by Tessalit and sold by Lionsgate

AFM: Some nice American sales for Gaumont and StudioCanal

Amazon Studios has purchased The Neon Demon by Nicolas Winding Refn, and Lionsgate has bought thrillers The Commuter and Our Kind of Traitor

Zem and Forestier caught in “One Night” of traps 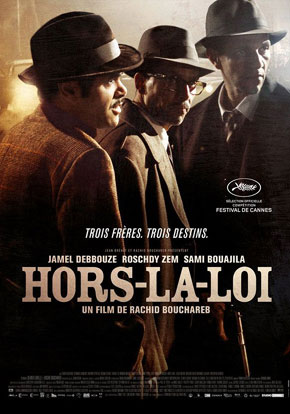