She's a redhead. She's Scottish. She loves rugby and bagpipes. She lives in London, but considers herself an exile. She's bloody-minded as all get out and can sure knock back the whisky. She's called Imogène McCarthery... of the McLeod clan. On this fine day of May 1962, this secretary of the admiralty has once again humiliated her superior. It's one time too many and Imogène now waits in the big boss' office waiting to be dismissed. But, to her great surprise, Sir Woolish instead entrusts her with a secret mission. She must transport the plans of a new warplane to a contact in Callander, her home town in Scotland. What a coincidence. What a sign of fate. Imogène a secret agent.... Now this is something that'll show those blasted English a thing or two and make her dead father proud! When boarding the train that will take her home, Imogène has no idea what really lies ahead: a plot beyond her control, three ruthless Bolchevik agents, and, above all, Samuel Taylor, the great love of her youth shattered by a terrible secret. Danger, honor, love... Go for it Imogène!

Boule et Bill: a child, a dog, and a family

Cameras are rolling for the adaptation of Roba’s comic under the direction of Alexandre Charlot and Franck Magnier, and with Marina Foïs in the cast.

The top release of the week is Italian title Front Line by Renato De Maria, co-produced by the Dardenne brothers’ Les Films du Fleuve. Set in th 1980s, during the years of domestic terrorism in... 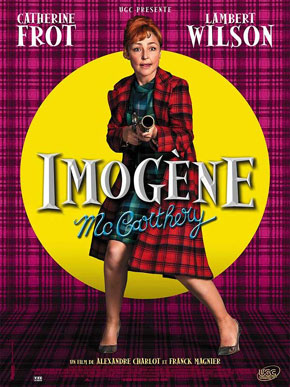