JUST THE THREE OF US

The setting is 1972. Six-and-a-half-year-old Sébastien is a sensitive child bursting with imagination. Despite his affection for his father, an inventor with his head in the clouds, he senses his mother’s loneliness and lack of love. When the Martin family move in, Sébastien soon sees Philippe, their new neighbour, as an ideal prince charming for his mother...

more about: Just the Three of Us

Braunschweig gets off to Scandinavian start

According to Artistic Director Deborah Young, the programme of the 56th Taormina Film Fest (June 12-18) is tight and lean “out of necessity [because] we have only two indoor theatres.” She adds,...

Trouble No More in local cinemas

The closing part of a trilogy, Luxembourg director Andy Bausch’ Trouble No More finds a final resting place for Johnny Chicago, an iconic ne’er-do-well and failed criminal that made the late...

Two faces of German cinema in Soul Kitchen and Storm 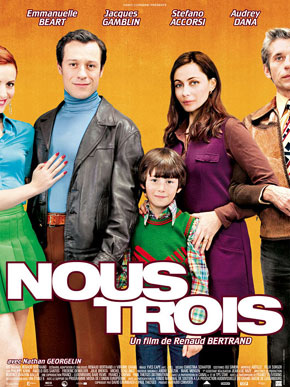