Louise Michel is a woman, a rebel, a Communard. She is also a teacher and friend of Victor Hugo. Imprisoned for arming herself and rising up against Bismarck's troops, then those of Versailles, upon her release she is deported, along with thousands of other revolutionaries, to distant New Caledonia. Meanwhile in Paris, the young member of parliament Georges Clemenceau, indefatigable but isolated, fights for amnesty for the Communards. During her time in exile Louis proves to be an exemplary resistance fighter. Everyone admires her. Not only does she strengthen her comrades' courage, but she creates bonds with the islands inhabitants, the Kanaks. She teaches them French, discovers their customs and identity and supports their rebellion. On the isolated island of New Caledonia, Louise Michel establishes herself as a leader because of her personality. Be it in Paris or Noumea, the story of Louise is one of a rebel. 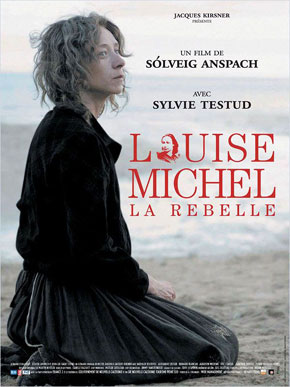