Fatal... is Fatal Bazooka, a bling-bling, hardcore rapper. In fact, he’s a sketch character created by Michaël Youn on his TV show "Morning Live", then developed in the album "T'as Vu”, which sold over 500,000 copies. The film looks at what the rapper would have become if he’d sold... 15 million! Fatal is now a huge star. On the face of it, everything is going well... but in reality, Fatal no longer knows where he’s going, because he no longer knows where he’s from: since his debut, he has led people to believe he grew up in the ghetto... whereas he was in fact born in a small village in Savoy, in the heart of the Alps. But you can’t be a "gangsta" when your parents are shepherds from Savoy, so Fatal chose to hide his background and forget his past...

There has been strong critical support for Brigitte Sy’s debut feature Les Mains Libres (“Free Hands”), which is being launched today by Chrysalis Films on 15 screens. Superbly acted by Ronit... 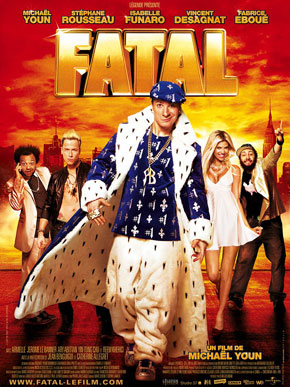