After the maids of Service Entrance, the subject of cleaning staff returns to the fore today in Mon Père Est Femme de Ménage (“My Father Is a Cleaning Lady”) by Saphia Azzedine, adapted from her...

Tomorrow marks the opening of the 3rd Beaune International Thriller Film Festival (March 30-April 3), which has quickly become an important date in France’s calendar of film events. Kicking off...

Over 150 European productions will screen at the 10th Seville European Film Festival, which will run from November 5-13. As always, the main attraction is the Official Selection competition, where...

Veteran sound designer Tim Lewiston has turned director with comedy-thriller The Hot Potato, principal photography for which is underway in Belgium and the UK. The cast includes Ray Winstone (44...

We Want Sex triumphs at Dinard 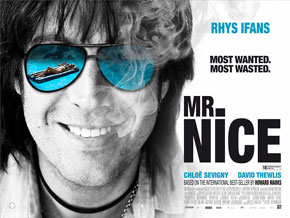