Angel, 15 years old (recidivist): assault and auto theft. Davis, 16 years old: possession of narcotics with intent to resell. Butch, 17 years old: assault on a correctional officer. The three are taken to Enola Vale Youth Correctional Center in Montana and placed under the authority and watch of Officer Goodyear, a strict but caring guard. Butch faces the prospect of adult prison and tries to keep a low profile… until he and Davis become the subject of ruthless assaults by another inmate, Banks. Returning from solitary after they refused to rat Banks out, Butch challenges his attacker as the top dog. Like a bunch of strays locked up in the pound, the young men struggle to keep their bodies and spirits intact, but each act of violence swells ever more forcefully.

Smart Ass: "The only law they obey is that of supply and demand"

The director of Sheitan and DogPound has wrapped filming for his third feature. A Moonshaker Films and Stone Angels production

Forming by far the largest national contingent, 21 French international sales companies have been hard at work since yesterday at the Rome Film Festival’s Business Street and will be until... 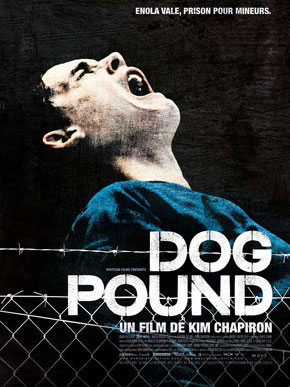