November 2003: Aureliano, a twentyeight- year old anarchist and anti-war activist without a regular job or love life, gets an offer to fly immediately to Iraq as assistant director on a film about the Italian military ”peace mission”. Despite the criticism from his mates and best friend Claudia, and the concerns of his family, in particular his mother with whom he lives, Aureliano heads off. He thus finds himself in the middle of a military world he doesn’t approve of and about which he is prejudiced. However he discovers a great sense of humanity and brotherhood in the people he meets, values that he shares. Following Stefano Rolla, the director whose passion for film, work and life in general have swept him up, Aureliano doesn’t have time to finish a packet of cigarettes before he finds himself caught up in the attack on the Nassirya army barracks on 12 November 2003.

Claudio Bonivento's film – based on the journalist Federica Angeli, who has been under protection since 2013, and starring Claudia Gerini – will be released in Italy on 4 April

The ten candidates for the 8th Mario Verdone Award unveiled

The accolade reserved for young auteurs making their feature debuts will be handed out by Carlo, Luca and Silvia Verdone during the 18th Lecce European Film Festival (3-8 April 2017)

Il Ministro by Giorgio Amato, between corruption and survival

Filming has finished on the film, which is being produced by Golden and stars Gianmarco Tognazzi and Alessia Barela

Alhaique, Riso, Seràgnoli and Sibilia among the nominees for the VI Mario Verdone Award

The recognition, reserved to debut and second films, will be given out during the next European Film Festival, which will take place in Lecce on April 9-13 2013

April 21, the closing day of the 13th Lecce Festival of European Film (April 17-21), will see the announcement of the Award in Memory of Mario Verdone. The children of the famous Italian film... 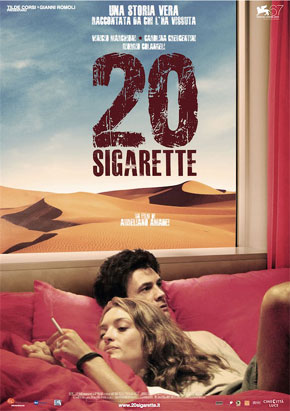