THE SOLITUDE OF PRIME NUMBERS

Primary numbers can only be divided by one or by themselves. They are solitary numbers and are incomprehensible to others. Alice and Mattia are both “primary numbers”, both persecuted by tragedies which have marked their childhoods: a skiing accident in the case of Alice, which has led to a defect in one leg; the loss of a twin sister in the case of Mattia. When as teenagers they meet in the school corridor, they recognise each other’s pain. As they grow up their destinies interweave and they form a special bond, until Mattia, having graduated in Physics, decides to accept a job abroad. The two separate for many years and only a sequence of events will bring them back together, bringing back to the surface a number of emotions never confessed.

more about: The Solitude of Prime Numbers

Noce, Costanzo and Argento are Tokyo-bound

Hungry Hearts, an indigo child among us

La Sapienza, a love story between architecture and feelings

Love-making with Virzì in Tutti i santi giorni 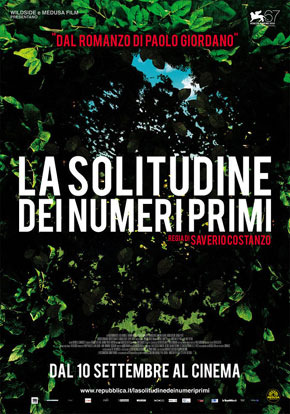