When you’re over fifty, it becomes increasingly difficult to be an up-and-coming director. Gianni Dubois knows this only too well. He hasn’t made a film for years, and now that he has the chance to direct a young TV star he can’t even think up an idea for a story. As if this wasn’t enough, a leak in his apartment in Tuscany has ruined the 16th-century fresco in the chapel next door. To avoid being sued and publicly shamed, Gianni must accept the bizarre proposal of the town major to direct the Good Friday celebrations in exchange for immunity. And so he finds himself spending a week in deepest Tuscany trying to put together a kind of Stations of the Cross, with the apostles, Pontius Pilate, the crucifixion, and a terrible and incredibly vain local actor in the part of Christ.

Annarita Zambrano’s After the War to start shooting imminently

Giuseppe Battiston, Charlotte Cétaire and Maryline Canto head up the cast of this Sensito Films and Cinéma Defacto production being sold by Pyramide

After battling severe illness, the successful director of films including Vesna va veloce,La lingua del Santo and La giusta distanza passed away at the age of 57 in Padua. La sedia della felicità...

Shooting for Sibilia, Ozpetek and Mazzacurati to begin in May

Hitting the set will also be actor Paolo Ruffini’s film debut. Leonardo Pieraccioni and Angelo Longoni to film in June

Fedorchenko, Yilmaz and Mazzacurati in jury to select winner of Venice Award for Debut Film

With Carlo Mazzacurati (pictured) as president, acclaimed in Venice last year with La passione (in competition) and the documentary Sei Venezia, the international Jury for the 68th Venice...

We Have A Pope triumphs at Nastri d'Argento, three awards for Angel of Evil

With six Nastri d'Argento gongs out of seven nominations, We Have A Pope is the major winner of the 2011 edition of the Italian Film Critics’ Awards, presented in Taormina last Saturday. Nanni... 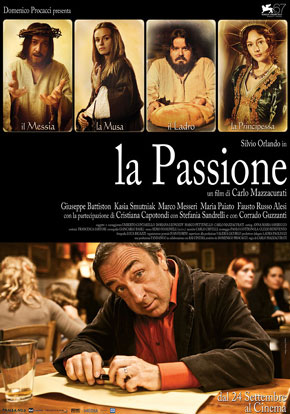 The 2021 Nordisk Panorama announces its winners