Caracremada, a nickname given by the Spanish Civil Guard to Ramon Vila Capdevila, attempts to reflect on the libertarian resistance to Franco’s regime through the last active guerrilla fighter. In 1951 the CNT ordered the retreat of its militants; however, Ramon Vila remained in the woods of the innermost part of Catalunya where he restarted the fight single-handedly.

Original and clone blur into one in this second full-length feature from Lluís Galter, which centres around a Chinese tourist attraction created in the mirror image of a Spanish town

“Today, cinema has got inside human relationships”

From the Old Continent to the Gulf, the New Cinema Network is presenting a truly international selection of feature film projects

Winner of nine gongs, including Best Film, at this year’s Goyas, Agustí Villaronga’s Black Bread (see news) will be presented on Monday, June 21 before a Parisian audience at a screening attended...

Linz is hosting the 8th Crossing Europe Festival (April 12-17), which kicks off today. The week-long annual event, generously backed by the European Union’s MEDIA Programme, turns the city into...

The Big Apple gets a bite of Spanish cinema

Spanish Cinema Now, one of the longest-running series at New York’s Lincoln Film Center, had its first edition in 1992. From December 10-23, 2010 it will screen 17 features representing this... 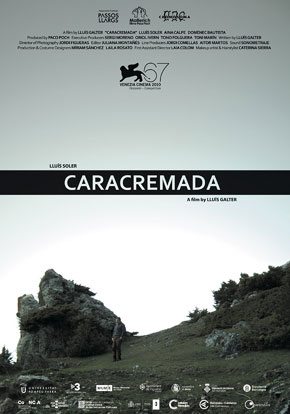