In early 2009, a new generation of Iranians hoped for change through the upcoming presidential elections. Fueled by youthful exuberance and media technology, a groundswell—the so-called Green Wave—emerged to challenge the status quo, and caused a seismic shift in the political climate. A new brand of revolution seemed to be at hand. All polls predicted challenger Mir Hossein Mousavi would be the country’s next president; however, Mahmoud Ahmadinejad was declared the victor, prompting a backlash of unparalleled violence and oppression and a massive surge of human-rights violations that continues today.

more about: The Green Wave

This year, the Edinburgh International Film Festival (June 15 – 26) has invited two German films and a fancy selection of coproductions to participate in its different sections. Running in the...

Cinema and human rights in Geneva

There is no doubt the debates will be lively at the 9th Film Festival and International Forum on Human Rights (FIFDH), which opens tomorrow in Geneva against the backdrop of the “Arab spring”.... 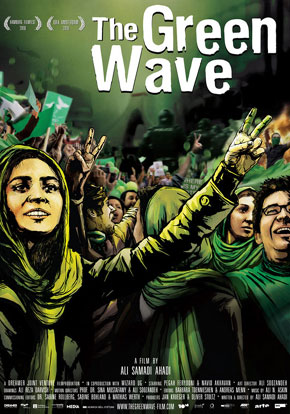