Marie is shattered when her husband Julien, a film critic, informs her on a station platform, as he heads off on a foreign trip, that he is leaving her for someone else. Three months pregnant, she seeks consolation with her parents and in her work for Jean- Jacques and Jean-Loup, the founder-owners of the Action cinemas (landmarks for all self-respecting Paris movie buffs). She starts receiving phone calls from Julien, at first expressing concern for her, then telling her that he misses her, then asking for forgiveness. In next to no time he is back in the marital bed. The marriage appears to be back on the rails, but he remains tetchy and equivocal. When he leaves for a two-week absence, ostensibly to attend a film festival in Tokyo, she discovers by accident that he has stayed in Paris to spend time in another woman's flat. His reassuring phone calls to her, supposedly from Tokyo, have in reality been made from a communications centre in the Paris district of Belleville...

Unveiled at Berlin, Strange Birds, the second feature film by Elise Girard, is being released today in French theatres

Strange Birds: An unlikely couple in a peculiar world

BERLIN 2017: French director Elise Girard's second feature is a quirky, absurdist tale of an unlikely couple in a platonic relationship

Lolita Chammah, Jean Sorel and Virginie Ledoyen will star in the filmmaker’s second feature film, a KinoElektron production that will be distributed by Shellac 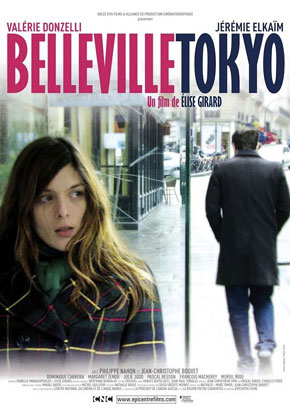