Marcel Marx, a former author and a well-known Bohemian, has retreated into a voluntary exile in the port city of Le Havre, where he feels he has reached a closer rapport with the people serving them in the occupation of the honourable, but not too profitable, of a shoe-shiner. He has buried his dreams of a literary breakthrough and lives happily within the triangle of his favourite bar, his work, and his wife Arletty, when fate suddenly throws in his path an underage immigrant refugee from the darkest Africa. As Arletty at the same time gets seriously ill and is bedridden, Marcel once more has to rise against the cold wall of human indifference with his only weapon of innate optimism and the unwavering solidarity of the people of his quartier, but against him stands the whole blind machinery of the Western constitutionally governed state, this time represented by the dragnet of the police, moment by moment drawing closer around the refugee boy. It's time for Marcel to polish his shoes and reveal his teeth.

“We are all the same; we are all human”

The Other Side of Hope: A timeless humanism

The Match Factory heads to Berlin with a refugee, revenge and a funeral 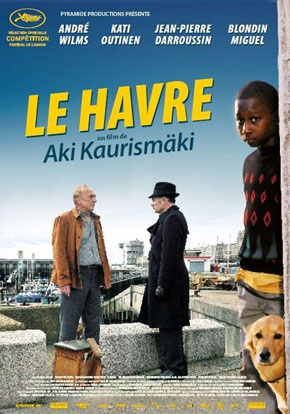