While awaiting deportation from Switzerland, men are jailed at the administrative detention centre Frambois. Some of them have spent several years in Switzerland, worked, paid taxes and started a family, but their requests for asylum have failed. Although incarceration may last up to 24 months, deportation is announced without warning and its enforcement is imminent. Behind the closed prison doors, tension builds day by day. On one side there are deeply human wardens, and on the other immigrants at the end of their journeys, defeated by fear and stress. Relations of friendship and hate, respect and revolt are formed until the deportation is announced, which is experienced like a stab. This relationship ends mostly in distress and humiliation. Those who refuse to leave are handcuffed, tied up and forcibly put on a plane. In this extreme situation, despair has a name: special flight.

Melgar brings the “direct cinema” of Special Flight to Gijón

There are films that remain imprinted in viewers’ minds long after being watched. Swiss documentary Special Flight, by director Fernand Melgar, the son of Spanish immigrants, is one of those...

BERLIN 2018: A lucky strike for Germinal Roaux's second feature film, which won the two main prizes in the Generation section at the Berlinale

At the Philosophers' School: A film about love

Screened at Solothurn Film Festival, the film by Fernand Melgar continues a discussion on the everyday battles that take place on the margins of society

Impasse: A film that has us over a barrel

Producer and now filmmaker Elise Shubs, who worked with Lausanne-based company Climage for a long time, presents the world premiere of her first medium-length film at the Solothurn Film Festival

Cineuropa met up with Swiss filmmaker Fernand Melgar, who returns to Locarno to enlighten again, through his camera, the people in the shadow

The Shelter, the final film in a chance trilogy

The Shelter, the latest documentary from Swiss Fernand Melgar, in competition in Locarno, shows that the will to make a movie must come from the heart and that true sensitivity can’t be invented

"Europe is turning into a huge prison"

The Polish event, which opened with Marley by Kevin Macdonald, is screening 104 titles in three competitions and 12 other sections.

Julie Delpy on fire in 2 Days in New York

A rain of Quartz on Swiss cinema 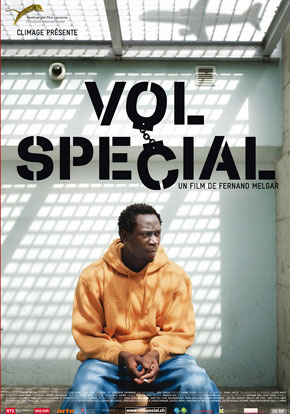