A mother’s death propels her grown son, Martin, across the Atlantic, from his native Paris to Los Angeles. Martin and his partner had decided to take a break from each other, anyway. His father, long-estranged from his mother, urges Martin to wrap up his mother’s affairs expediently and sell her apartment. Once in L.A., where he spent so much of his youth, Martin is quickly submerged in a flood of memories, but he is determined to make a clean break, tidy up and return home as soon as possible. An old photograph given to him by a friend draws his plan to a sudden halt; his mother was close to the girl captured in the picture, and perhaps wanted her to have the apartment. Compelled by a sense of loyalty to his mother, Martin sets out to track down Lola, who must now be a woman. His search takes him across the border to the flesh pots of Tijuana, where a tourist like Martin soon finds himself at sea in very unfamiliar territory. What he finds there changes his life.

Denis Podalydès and Mathieu Demy to star in Les conquérants

Shooting is about to start on a second feature directed by Xabi Molia, discovered with Eight Times Up, and produced once again by Moteur s'il vous plaît.

The great Bavarian event's 30th edition has a new CineVision section thanks to its new director. The festival is to celebrate Delpy, Refn, and Fassbinder.

A Gang Story: “Lots of emotion, blood and tears”

"I didn’t want to glorify gangsters at all, but on the contrary show that this sacrosanct virile friendship is nothing more than an illusion…I want to show that gangsters end up either dead or in...

Viennale bookended by Le Havre and The Ides of March

As every year since its creation in 1960 by a group of critics, Austria’s non-competitive major international festival, named Viennale two years later, will once again bring the capital to life....

Unveiled last Saturday at Toronto in the Special Presentations section, Mathieu Demy’s road movie Americano is among the three French films vying for the Golden Shell at the 59th San Sebastian... 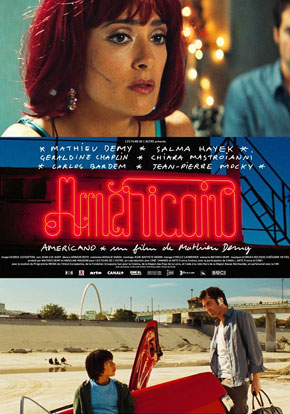 We had the chance to chat to Laila Pakalniņa, director of the experimental drama In the Mirror, one of this year's main competition titles presented at Tallinn Black Nights