At the end of the Occupation in 1943, Sister Luce, a model of devoutness and devotion, is a nurse at Périgueux hospital. Her encounter with Martial, a chaplin who has joined the resistance movement and whose faith is deeply shattered, turns her world upside down. Her love for Christ becomes love for a man; Sister Luce experiences a passion which will lead her to leave the convent and her other sisters. But she quickly comes up against reality and violent passions. Betrayed, Sister Luce feels abandoned by men and by God... One morning, at the central post office, employees who are members of the French Resistance intercept an anonymous letter addressed to the Kommandantur...

The actress is currently working with Laurent Capelluto on the new film by Jacques Deschamps, managed by Les Productions Balthazar 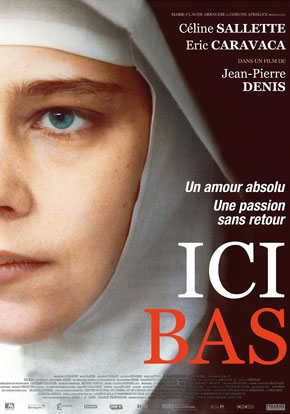