Axun and Maite met at secondary school during a repressive era that never allowed their relationship to go beyond friendship. Later on, their paths led them apart: Axun got married and moved out to the country to live on a farm, while Maite traveled the world, clarified her sexual orientation in her own mind, and now, having had a successful career as a piano teacher, she has returned to San Sebastian to take up her retirement. Fifty years on, Axun and Maite, now both seventy, meet up by chance while visiting patients in hospital. At first, they don't recognize one another, but soon long- suppressed feelings begin to emerge once more with the same intensity, and Axun is aware for the first time of her chance to start something entirely new.

La trinchera infinita about to shoot

The new film by the team behind Giant and Flowers will be shot this summer, and will be toplined by Antonio de la Torre and Belén Cuesta

Spain sends Flowers to the Oscars

Flowers, a Basque production shot entirely in the Basque language, is heading to Hollywood to vie for the next nomination for Best Foreign-language Film

Flowers: a bouquet by the roadside

Charming Li and the Poet

Spanish films with a difference at Dífferent 5! 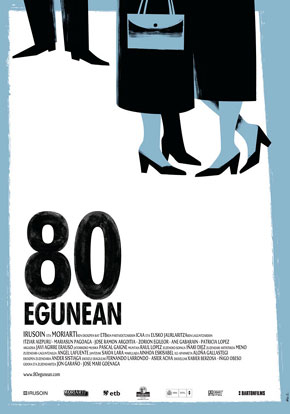