In the hot plains of central Greece, the Orthodox monasteries of Meteora are perched atop sandstone pillars, suspended between heaven and earth. Down in the valley, the eternal cycles of farm life birth, milking, slaughter provide a stark contrast to their ascetic world. the young monk Theodoros and the nun Urania have devoted their lives to the strict rituals and practices of their community. A growing affection for one another puts their monastic life under question. Torn between spiritual devotion and their human desire, they must decide which path to follow.

Paris or Perish for Reem Kherici

Nearly 250 films are scheduled to be screened from June 28th to July 8th, as well as tributes to Jose Luis Guerin and Eddy Honigmann

Meteora by Spiros Stathoulopoulos, Greece's candidate in competition at the 62nd Berlinale, could have been a stunning liturgical painting, with its two monasteries perched on top of Thessaly's...

All the films in competition in Berlin

With Chinese film White Deer Plain by Wang Quan'an announced as the last candidate for the Golden Beer Award, the official selection list for the 62th Berlinale from February 9 to 19 is now... 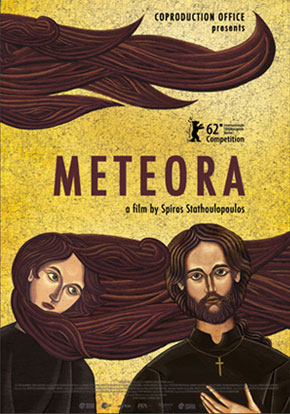