Lucia is a young Madrid waitress who is devastated at the loss of her writer boyfriend Lorenzo. Hoping to flee her troubles, she seeks out a beautiful island paradise her dead lover often talked about. There she meets and befriends Carlos and Elena who are also refugees of personal tragedies. Unbeknownst to all of them, the three each have a connection to Lorenzo. Years previously, Elena had a spontaneous fling with Lorenzo on the same island on the beach.

more about: Sex and Lucia

The three international juries of the 72nd Venice Film Festival

"This is my best-selling film"

Shot over four weeks in interiors, in English and on commission, Room In Rome is Basque director Julio Medem’s remake of famous Chilean film In Bed

Placido’s Vallanzasca to screen out of competition

Michele Placido’s Vallanzasca will screen out of competition at the 2010 Venice Film Festival. The actor-director made the announcement at a 12-minute preview of the film in Lipari, at a 20th...

Currently in post-production, Michele Placido’s Vallanzasca is the first title of the multi-picture agreement signed by Fox International Productions (FIP) and Fortissimo Films, in which the...

Medem’s lightest and most sensual film tells of the potentially life-changing encounter between two women, in an Italian hotel one magical night

Gabe Ibáñez makes his directorial feature debut with a psychological thriller set on the Canary island of El Hierro. The film was selected for festivals including Cannes and Sitges

Producers Enrique López Lavigne and Belén Atienza have joined forces to create Apaches Entertainment, which is destined to become a reference in Spanish and European film production, according to... 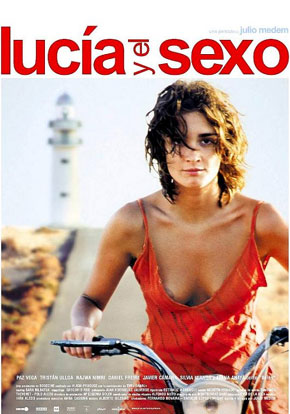