Set in an East Prussian village under Russian occupation in the year 1947, the 14-year-old Hans and his 9-year-old brother Karl lose their mother who dies of starvation during a hard winter. On her death bed the mother asks Hans to look after his younger brother. Even though Hans seems less capable of coming to terms with the challenges to be faced than his young brother, he is given all the responsibility: they need to make their way through to Lithuania where some farmers have the children’s interest at heart. On their way Hans loses Fritz while crossing a large river under attack. This marks the beginning of an odyssey in which Hans, driven by the desire to find his brother, joins a group of children on a journey to a foreign land and a fight against hunger, adverse weather and illness.

Wolfskinder, orphans in a war to flee

A delicate and brutal film on one of the most dramatic chapters of the Second World War: the flight of German civilians from the Red Army’s occupation

Krieg: The consequences of war

VENICE 2017: Rick Ostermann returns to Venice with a drama set on a mountain where a man hides himself after a loss

German films in fine form at the Paris showcase

Dominik Graf's Beloved Sisters, Dietrich Brugemann's Stations of the Cross and Edgar Reitz's Home From Home – Chronicle of a Vision, among the submitted films

Madrid is celebrating its 16th Festival of German Films (10-14 June), followed by Barcelona shortly after (13-15 June)

This year’s theme is humour. Many international and national premieres, conferences, debates and video art

With Philip Gröning in competition and Martina Gedeck in the jury, German cinema will be in the limelight at the 70th Venice Film Festival 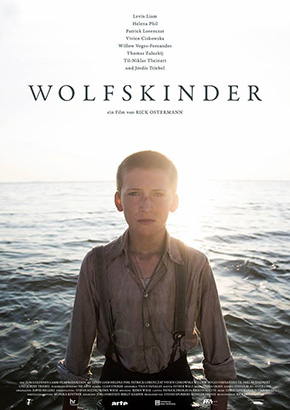 An anatomy of the latest in Czech cinema at Finále Plzeň