UNDER THE STARRY SKY

Between Turin, Dakar, and New York, Sophie, Abdoulaye and Thierno’s three destinies cross paths and echo one another, delineating a constellation of exile. Sophie, 24 years old, leaves Dakar to join her husband, Abdoulaye, in Turin. Meanwhile, Abdoulaye has already left for New York through a smuggler’s network. 19-year-old Thierno is traveling in Africa for the first time. With these three characters’ destinies, Des Etoiles takes us on a journey through the diversity of the cities the characters travel to, confronting us with the realities, hopes, and dreams of contemporary emigration.

more about: Under the Starry Sky

Produced by SRAB Films, the feature debut by Modi Barry and Cédric Ido will be distributed in France by Happiness and is being sold by MK2

Top billing for Laetitia Dosch in Léonor Serraille’s feature debut, produced by Blue Monday and being sold by Be for Films

Acclaimed at Locarno, Venice and Berlin with his previous films, the filmmaker is currently working on his fourth feature film, which is being produced by Andolfi and sold by Jour2Fête

Stan: Magaly Richard-Serrano dives into the world of hip hop

The director is currently shooting her second feature, produced by Blue Monday and with music composed by Oxmo Puccino

With the contest having been organised for the second time, the winners were announced on Friday 31 October; the event was a chance to highlight the diversity of the French-language film industries 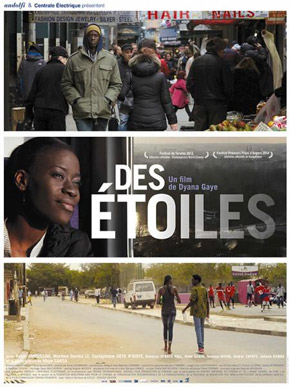