Rafik, a smart young Palestinian from East Jerusalem, prefers working in Europe instead of living with his dominant father in Israel. And he’s not keen on returning to attend the marriage of his unloved brother Jamal. He accepts the invitation only to do his mother a favour. But things quickly degenerate. The brothers quarrel, their father dies of a heart attack and now they must travel to bury him near his Ramallah birthplace. It generally takes 45 minutes for the trip, but that's only when the car isn't stolen and the police get involved... 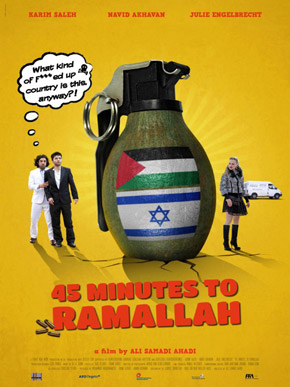