A week before Christmas, Estelle lands at Arlanda Airport. A year earlier, she had left Stockholm on the run with her husband Tommy and their daughter, after Tommy had taken part in one of the biggest robberies ever in the history of Swedish crime. Estelle seeks out Tommy's former cronies and claims that Tommy is on his way home. And he wants his share of the take. Word spreads like wildfire through Stockholm's underworld. If Tommy returns, the city will explode. And if he doesn't ... something even worse might happen.

The writer of the series, Sara Johnsen, has snagged the circa €20,000 award in a competition that included four other Nordic series

"A character who fights the totally corrupt systems he belongs to"

Swedish director Tarik Saleh talks to us about the origins of The Nile Hilton Incident, which came out on top at Sundance

Tarik Saleh’s The Nile Hilton Incident makes it to Sundance

The Swedish actor is toplining Jean-Patrick Benes’ film, which is currently being shot, and is staged by Albertine Productions and sold by Gaumont 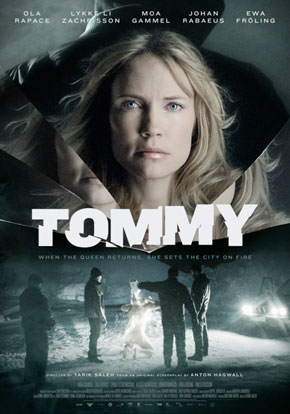