Russia, 2017. A bizarre riverbank in fog and snow. The building work for the construction of a spectacular high-rise block has been shelved following the death of the oligarch financing the project. The young heirs arrive from around the globe. The architect Peter is struggling with himself and with the world. A Kyrgyz worker is searching for his colleagues. An impoverished intellectual gives in to his fate. People drift aimlessly around an unfinished skyscraper through a surreal world that appears to be on the verge of collapse. In seven episodes, Alexey German Jr. condenses the spiritual state of his country into a symbolic film of long sequences; a fluidly choreographed dance of people and the camera.

more about: Under Electric Clouds

BERLIN 2018: Aleksei German Jr returns with a retrograde portrait of the 1970s-era Soviet Union that says nothing new

Alpha Violet looks set for a fruitful Berlinale with Dovlatov

Alexey German Jr’s film, which will have its world premiere in Berlin’s competition, particularly stands out among the seven titles on the French sales agent’s slate

The list includes many well-known names, such as Gus Van Sant, Benoît Jacquot, Małgorzata Szumowska and will be completed by mid-January. Two films have been selected for the Special Gala section 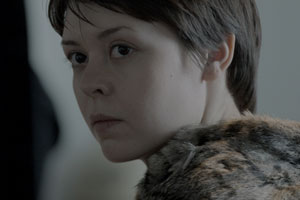