TWENTY-EIGHT NIGHTS AND A POEM

The song ‘Fil bahr’ (At Sea) extols the moon in twenty-eight different ways before finally making its point about the fleeting nature of love at the end. Different variations on one and the same thing, each an original: 28 Nights and A Poem is an interpretation of the archive of the Scheherazade photo studio. Photographer Hashem el Madani opened the studio in 1953 in the Lebanese city of Saïda after spending years photographing people in front of their shops, in public squares or at the beach to satisfy their wish to appear before the camera. Some of the poses he captured on film were adopted by those who saw the photographs and subsequently took on a life of their own.

more about: Twenty-Eight Nights and A Poem

Films focusing on art are in competition in Wroclaw

In total, France will be represented by 26 features produced with 21 countries in the various sections of the Berlinale 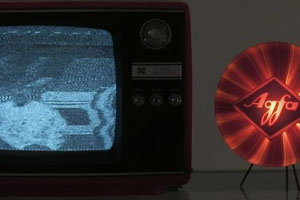