Ribbons of snow stretch across a vast mountain range in southern Africa. Sheep forage for grass in the highlands. This is where 15-year-old Retabile has to get a herd through the winter. These animals are all his family owns and the responsibility for their welfare rests on his shoulders. Enveloped in blankets he braves the cold and dreams of one day owning a large herd so that he can feed a family of his own. Retabile is one of four teenagers living in a remote village in the mountains. This documentary chronicles their lives over two years. They may be young but they are on the brink of adulthood. Here, it is decided early which doors will open and which will remain closed to them forever. Those that leave their village school to help tend the sheep will never do anything else. And those that choose to leave the village now to attend secondary school may never return. Close friendships, family duty and traditional roots are all at stake. The film’s impressive cinematography reveals the stark beauty of this barren region and a life that only appears to be simple. Retabile’s future has been decided: an ancient ritual turns him into a man of the mountains.

more about: Coming of Age 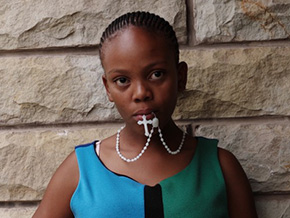 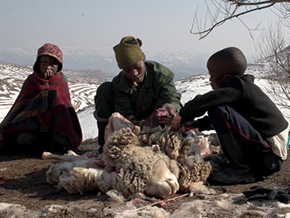