Thomas Hirschhorn, one of the few Swiss artists of world renown, often touches on social wounds with his provocative works. In 2013, Hirschhorn built a monument for Italian philosopher and communist Antonio Gramsci in a public housing project in the Bronx. The contentious artist collaborated with neighborhood residents whose everyday life is impacted by poverty, unemployment and crime. Conflicts and misunderstandings are bound to arise as Hirschhorn’s absolute devotion to art is confronted with the resident’s lack of prospects and fatalistic outlooks. The «Gramsci Monument» becomes a summer-long experiment where diverse worlds collide: blacks and whites, the art elite and street kids, party people and poets, politicians and philosophers. A nuanced film about art, politics and passion.

The film by Swiss director Angelo Alfredo Lüdin contemplates a complex figure, on the verge of schizophrenia 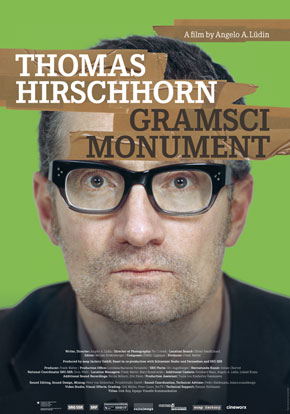 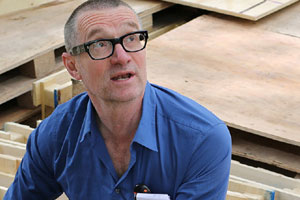 Paolo Sorrentino directs The Hand of God for Netflix

CANNES NEXT: New community-driven platform Artinii aims to enhance distribution channels, and we talked to head of acquisitions Žofie Strachotová to discover more about its use of machine learning

We caught up with Laurent Dutoit, of distribution company Agora Films, to discuss the main challenges of the Swiss market and the current situation