The Chosen Ones turns on 15-year-old, Ulises, who is being groomed by his father to enamor young girls, tricking them into prostitution. But he falls in love with Sofia, his first victim, who’s just 14. To save her, his father demands he seduces a second girl, entangling Ulises in the world of juvenile prostitution that he was trying to avoid, from which escape comes at a very high price...

more about: The Chosen Ones

The Jerusalem Film Festival comes to an end

Humidity and On the Other Side sweep Serbian awards

SAN SEBASTIÁN 2015: The fourth Europe-Latin America Co-Production Forum is establishing itself as a wellspring of budding Latin American film talent, with projects that are seeking financiers

Disorder, I Am a Soldier, Lamb and The Other Side will feature in the showcase, together with eight minority co-productions

Through its advance on receipts, World Cinema Support and support for new technologies in production, the CNC will be very well represented on the Croisette

Muntean, Porumboiu, Winocour, Larivière, Matanic, Hakonarson and Minervini are heading to Cannes to represent Europe in Un Certain Regard 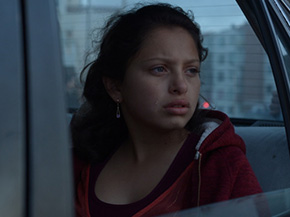