After being away for four years, Rok Osterberg returns to his home town to investigate the murder of his younger brother Maks. As Maks was involved in illegal business, nobody seems to care about his death. The only person willing to help is a family friend, Inspector Kramer. Back home, Osterberg must face people from his past: his friend Aldo with whom Maks used to collect debts, and his ex-girlfriend Katarina, whom he hasn’t got over with. While he was away, as he finds out, Katarina got married to the local politician Frank Kovač Jr, who is running for mayor at the upcoming election. Exploring his brother’s life, Rok becomes a chess piece in the power-seeking game involving the influential politician’s family, local mafia and powerless police. While trying to walk a tightrope between the three, he is helped in his own way by the individualist Robert Polak who is climbing the social scale of power.

The unexpected winner of the Best Slovenian Film Award is an effective horror film by first-time writer, director and editor Tomaž Gorkič

The Reaper has won Best Minority Co-production, while Home has bagged the Best Documentary and Audience Award 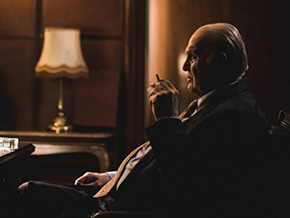