It's impossible to fully recount the experience of being in a concentration camp. The silence and the disbelief that greeted the survivors upon their return often made them never want to speak of it again, or drove them to suicide. Angelo's tale, which was filmed by Giovanni Cioni, shortly before his death, is told by his final witness. This soldier who fought in Mussolini's Italian army was neither a Jew, nor a communist. And his deportation, amongst thousands of others, after the armistice had been signed with American forces, appeared like a cruel twist of fate. When everyone was dreaming of going home, he was sent to Auschwitz, and then to Mauthausen. The film-maker reproduces crucial moments of this journey. He is Silvano's companion and witness. The latter had been expressly requested of him. He wants to understand and to make us understand exactly what it means to be a survivor. Dal Ritorno does not use any archived footage, nor is there any analysis or commentary. It invites us to believe this tale using words alone, words whose horrific rawness are penetrate our minds, words which, when repeated, are chilling: corpses of those killed in the gas chambers, crematoriums, or died from torture or starvation. This film is not a history lesson, but rather powerful exchange between two different perspectives at the end of a ruined life. And that is what moves us so deeply.

Cinergie.be caught up with Giovanni Cioni to discuss his latest film: Dal Ritorno 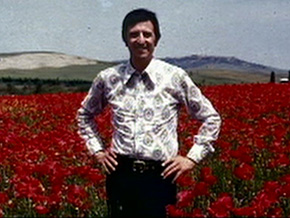 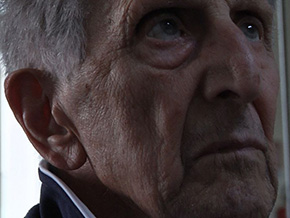 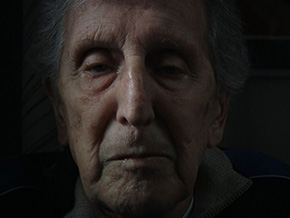