Worn-down pavements, broken paving stones. Trees that jut out of the concrete, casting shadows on to crumbling façades. The centre of Tbilisi in the summer of 2013. Glimpses of side and main streets, over railings and under balconies, of an architectural cacophony. The voiceover spoken by Natja Brunckhorst reflects on the nature of streets and public spaces. In an oak-panelled sound studio, the Düsseldorf band Kreidler records their album "ABC". The drummer wears headphones; his drum kit is placed on a carpet whose colour matches the mosaic floor, which is covered with a tangled collection of cables and electronic equipment. Only the complex geometry of the soundproofed ceiling is white. The atmosphere is focused; the musicians often communicate without words. The third element between which the film cross cuts are the director’s familiar notebooks, being rapidly leafed through as always, with their close scrawl and the cinema tickets or catalogue clippings pasted inside. Each notebook carries a letter and they appear in alphabetical order. 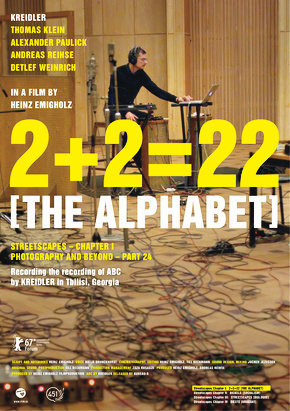 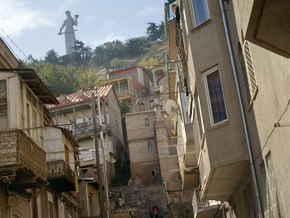 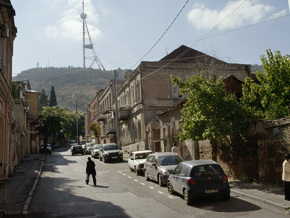 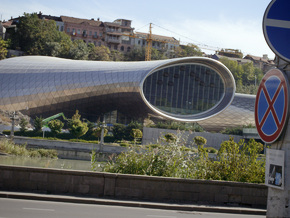 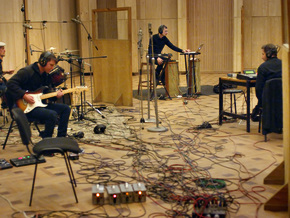 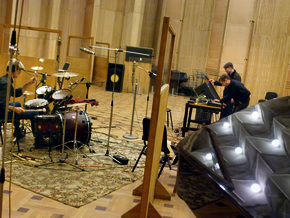 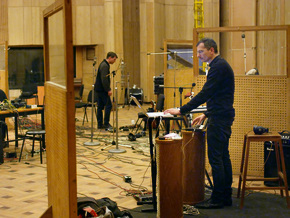