The Duce’s Boxer tells the incredible story, buried and rediscovered from the dust of the archives, of Leone Jacovacci: a technically perfect boxer, agile, intelligent and powerful. Leone spoke four languages perfectly, five with the “Romanesco dialect”. He was Italian and perhaps even fascist. Definitely not anti-fascist. On the evening of June 24, 1928, at the National Stadium in Rome, in front of nearly 40,000 spectators and in radio connection with other Italian towns, Leone Jacovacci was crowned European Middleweight champion. Favourite of the international public in a period when boxing was the sport par excellence, he had only one problem: he was a black Italian. Half Italian and half Congolese. Before the fight for the European title, he had taken four long years to gain access to the title of 'Italian' (in a continuous match between newspapers, offices, politics, bureaucracy). After the match, the Duce erased him from the history of Italy (the original footage of the match - on which is focused part of the documentary - was even tampered with) and invented the 'white' Carnera. Today comes the victory of Leone thanks to his biographer Mauro Valeri, one of the greatest experts of racism in Italy, that in this case had to wear his private clothes, those of a white father who defeated the oblivion of the fascist censorship for the love of his mixed-race son. Through the exciting and daring story of Leone, from Congo to Rome, between different jobs, identities and countries, and his meetings on ships, roads, bars and then the official rings, and his mild impossibility not to be recognized as the strongest boxer of his time, the film interweaves two stories distant in time, but linked by a resistant thread. A thread leading to a long, hard, tough victory. The victory against racism.

more about: The Duce's Boxer

The Duce's Boxer: The black champion that Mussolini erased from history

This documentary, directed by Tony Saccucci, which brings to light the incredible story of Leone Jacovacci, arrives in Italian theatres with Istituto Luce-Cinecittà on 21 March 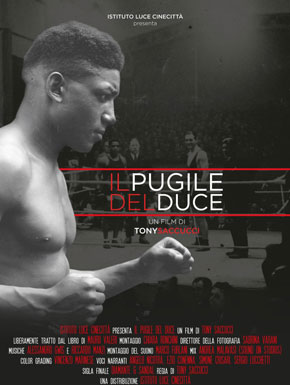 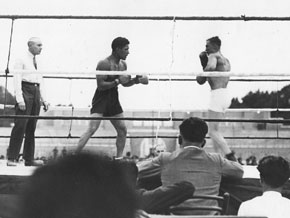 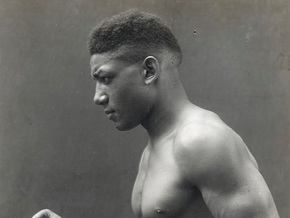