BE' JAM BE THE NEVER ENDING SONG

“The Mutan tree, well we say tree, but originally it’s a liana that uses the tree to climb. And its grasp ends up killing the tree. That’s what is going to happen between us and the companies.” In Sarawak, one of the two Malaysian states on the island of Borneo, the Penan — who not that long ago were still nomads — are the first to be affected by deforestation. Peng and Tepeket, hunter-storytellers, and Jalung, a guide, map out the route through the lavish jungle and the mystique of the indigenous people. This mystique is re-elaborated and updated considering the real combat being led against the programmed destruction of a landscape that gives their existence meaning — serving as a metaphor in which the foreign element is included to create a dialectic. As Caroline Parietti and Cyprien Ponson advance alongside those they are filming, traces of the land-clearing machines appear and their companions prepare for the confrontation. A documentary thriller, BE’JAM BE the never ending song is testament to a modern forest guerrilla, whose men armed with bows, blowpipes and spears face bulldozers.

more about: BE' JAM BE the never ending song 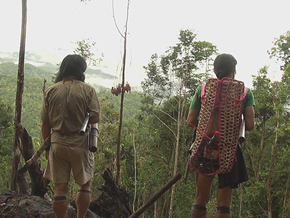 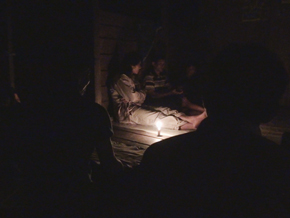 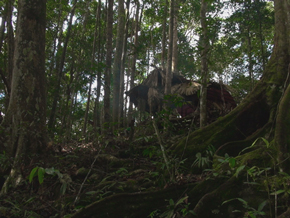