False Belief is the love story of a couple caught up in the gentrification of a neighborhood that is wiping out a seminal African-American cultural legacy and displacing its original residents. In 2008 Norwegian artist and filmmaker Lene Berg moved in with her partner, a black New York publisher, who will be referred to as D. After giving a statement to the police about being harassed by his neighbor in Harlem, D was arrested, prosecuted, and imprisoned. But for what exactly? This initiated a journey where D's faith in the American justice system put everything he cherished in life at risk. 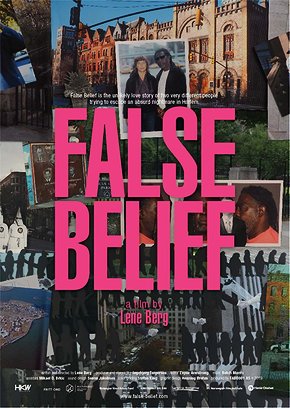