Borders, Raindrops is a film about love, maturity, and hope, growing in a barren and abandoned landscape. The film is divided in two parts, with the protagonist, a young woman - Jagoda - connecting them as a ghostly presence, bringing hope and reconciliation within the two narratives. She is a student visiting family in the summer, living in the declining villages of former Yugoslavia, overlooking the Adriatic coast. In the first story she bonds with a cousin in his mid-thirties, who is building a house in the village, but has no one to marry and live with him. In the second, she helps a teenage cousin understand that his nation is no better than others, and that they all have to learn to live together on the recently established borders.

The festival boasts seven films in competition, a great selection of documentaries, solo exhibits by Bent Hamer and Alberto Rodríguez and tributes to Jean-Pierre Léaud and Peter Mullan 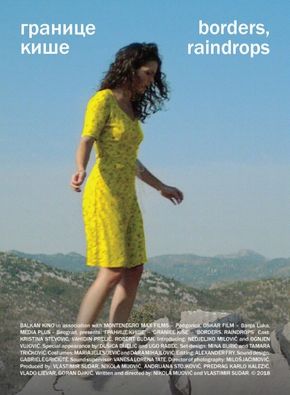