Based on a true story, the film is about the story of Domingo Badia, officer in the Spanish army, sent in Morocco as “secret agent” by the name of Ali Bey to overthrow the sultan Moulay Slimane accused of selling wheat to English people in exchange for weapons (that then he would have directed against Spain) and Lady Hester Stanhope, niece of the English prime minister William Pitt and influential political figure, to whom a guy named Richard Brothers – famous for having perfectly predicted the beheading of Louis XVI – announced that she would have become queen of Palmira, the new Zenobia. 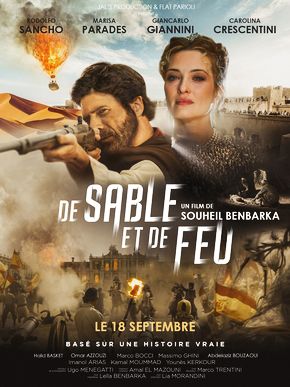