Two paramedics from Bratislava—Matej and Oliver—are part of a big military offensive against the city of Mosul. They advance through the city along with the Iraqi army which is liberating it from the so-called Islamic State. Their role is to rescue lives. However, they are constantly confronted with despair and hopelessness. The film also shows the Yazidi from the already liberated Sinjar. Thus, a contrast is drawn between the people who want to get out of Iraq into safety and the paramedics who, in turn, voluntarily leave their families to help on the frontline. 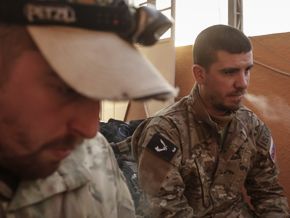