THE YEAR OF THE DISCOVERY

1992. Back to democracy and in full economic effervescence, Spain is a country modern and promising. At a time when the Barcelona Olympic Games are being held, the Exhibition Universal of Seville and sign the liberal foundations of today's Europe, social revolts broke out in the small town of Cartagena and resulted in the burning of the local Parliament. The ingredients of the economic and social crisis that will take place 16 years later are already all together. The film is a 24-hour reconstruction of a Cartagena coffee bar on the eve of these serious riots, and confronts the official storytelling of a Spain full of promises, with little-known events depicting a completely different social reality.

more about: The Year of the Discovery

Review: The Year of the Discovery

Luis López Carrasco gives a voice to the victims of the lesser known events of 1992, a celebrated year in Spain, offering a re-reading of history in a documentary which demands the truth be told

Luis López Carrasco engrossed in The Year of the Discovery

The filmmaker who dazzled audiences with his first solo feature, El futuro, is immersed in the post-production of his sophomore film, which once again calls into question Spain’s official history 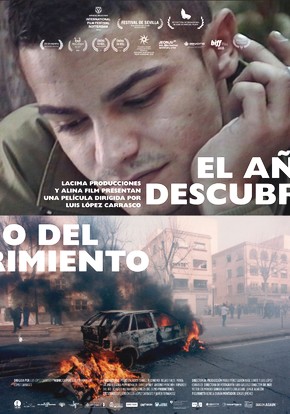